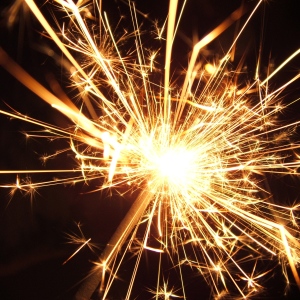 In Honor of Veterans…Today…and why not every day?

“To us in America, the reflections of Armistice Day will be filled with solemn pride in the heroism of those who died in the country’s service and with gratitude for the victory, both because of the thing from which it has freed us and because of the opportunity it has given America to show her sympathy with peace and justice in the councils of the nations.”
—President Woodrow Wilson, 11/11/2019 Proclamation

I was reminded by someone today that Veterans Day is a day to thank living veterans for their service and that Memorial Day is designated for remembering and honoring military personnel who have died. How did I not remember this? Did I miss that day in civics class? Chances are, I forgot this distinction because I come from a military family and yes, as a military brat I often had a different lens in which to view the world.  Therefore, I choose to think of both days as days to remember all.

So, today I did what any self-respecting millennial would have done (never mind I just had another boomer birthday of…er…TMI) – I googled Veterans Day and journeyed through the decades  discovering that this recognition became official on the 11th day of the 11th month at 11:00, in 1938 to honor those who had served in WWI, which had ended on November 11, 1918. It was originally known as Armistice Day and would have kept this title except a few years later war broke out in Europe and 16+ million Americans took part and over 400,000 of them died in that war.

The journey of this day continued and in 1945, Mr. Raymond Weeks, a WWII veteran came up with the idea to honor all veterans on Armistice Day and petitioned and received support from then President Eisenhower. In 1947 Mr. Weeks held the first celebration honoring all veterans in Birmingham, Alabama. It wasn’t until 1954 that Congress replaced the word Armistice with the word Veterans in the original bill. In 1982, President Ronald Regan awarded Mr. Weeks the Presidential Citizens Medal of Honor for his efforts.

Military brat that I was, I learned a great deal about respect for cultures that make up America because my family was one of many in the military life. Some of my most cherished memories were the days when it was my turn to go on base with mother to pick Dad up “from work” (we only had one car in those days). We would wait outside the car and as Dad approached I would hear a bugle playing Retreat and Dad would go into parade rest, facing the sound of the bugle. When the bugle stopped, a cannon fired immediately and the bugle would then play To The Colors. Dad, in uniform, would then render a salute until the last note was sounded.  I would face the same direction and when he saluted, I would hold my right hand over my heart just as he had taught me.

Career Army Staff Sargent Brewer demonstrated respect toward the flag that he served every day and he taught his six children well.  Veterans Day is indeed a special holiday,  reminding us to never forget and to give thanks for our country, the United States of America, and to the military men and women who are the reasons we stand free. May we never take their sacrifices for granted.

I still choose to honor our veterans by flying my flag every day. How about you?

Living my life in reverse after years in the corporate world. In other words, taking the time to "get around to it" - reading for pleasure, writing for God, painting, animal rescue, golf, and anything else that sounds like fun. My favorite, "These things we write, so that our joy may be made complete." 1 John 1:4

This site uses Akismet to reduce spam. Learn how your comment data is processed.